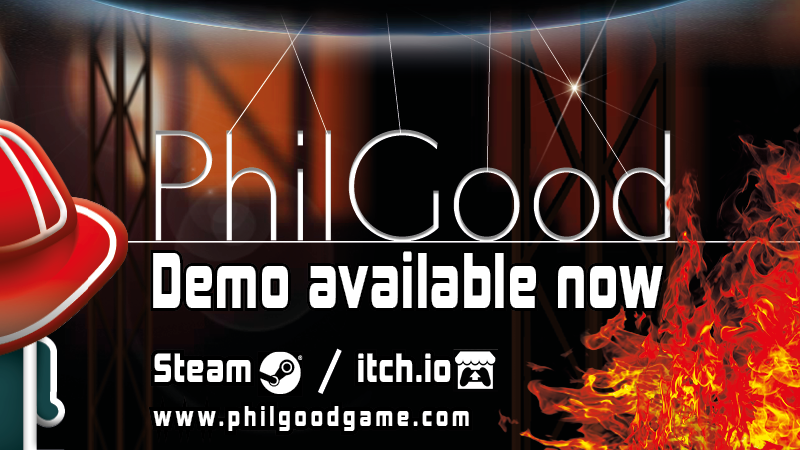 PhilGood Teaser 2 demo on YouTube ( Reminder of the Teaser, adapt for demo)

This demo is a long preview of what the final version will contain.

For example, the first water leakage puzzles,
the first “LUMEN” puzzle,
and your first infinity bar.

But there are still some good surprises and brainteasers to discover … 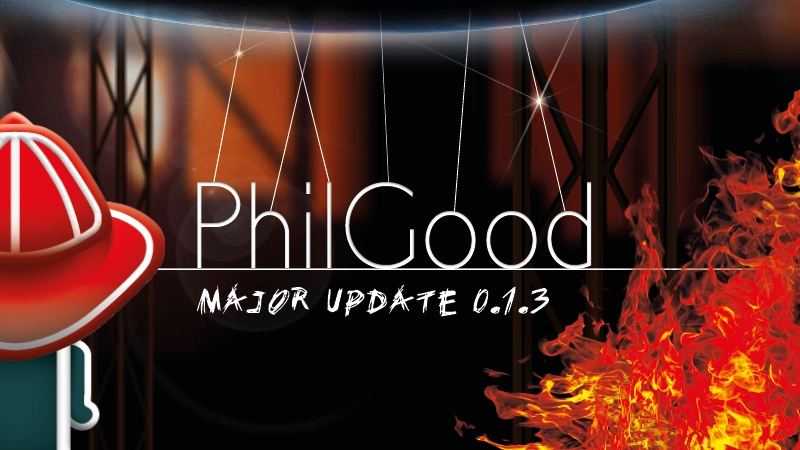 Finally, the big major PhilGood 0.1.3 build is now up.

This update is significant because it will be accompanied by a starting price of 9,99 $ still in Early Access.

This new paid version will be effective on Tuesday 13 October 2020 and there will be no more free version from this date.

The price to go up when the game hits the final release V 1.0.

Also significant because this update 0.1.3 increases the playing time by about 50% but it also brings important improvements:

• The possibility to choose keyboard commands in the options
(via the key “esc” -> “options” -> “controls”).

• Improved understanding of the “Lumen” puzzles: in 2 steps and
locking of the correct answer in green colour.

• Permanent display of the amount of water in the tank.

• A slower death because of Cardio

Once again, thank you for your support, and I hope that if you encounter issues, you report them on

Anyways, folks, I hope you like this update, and i see you guys on the forums! 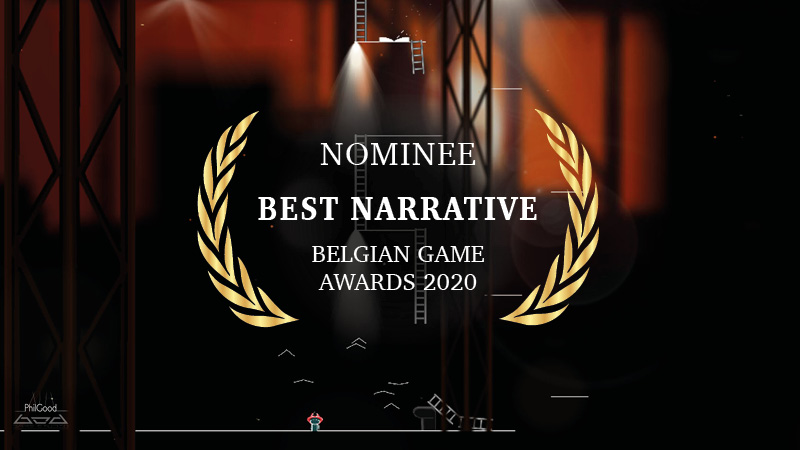 Nominated for the BELGIAN GAME AWARDS

Nominated for the BELGIAN GAME AWARDS

The competition for the best video 2020 in Belgium.

Philgood is Nomined for the BELGIAN GAME AWARDS 2020

🇧🇪 In the category: best narrative game of the year.

After the selection for Best of the week at the GDWC in September.

And the nomination for the Best Video Award at the Game Industry Conference in Poznan, Pologne.

(one of the biggest video gaming fair in Belgium) 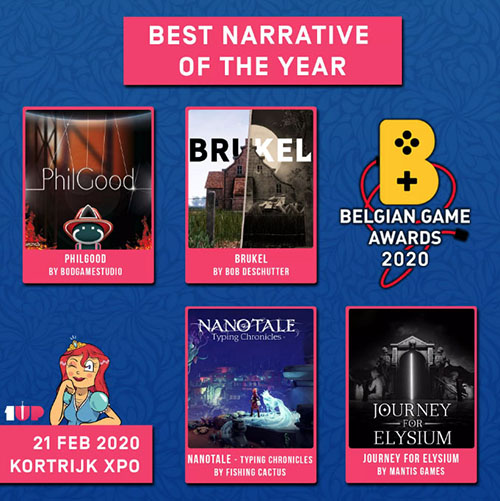 ← PhilGood's Teaser selected for the competition and screening at GIC! PHILGOOD 0.1.3 MAJOR UPDATE with a starting price. → 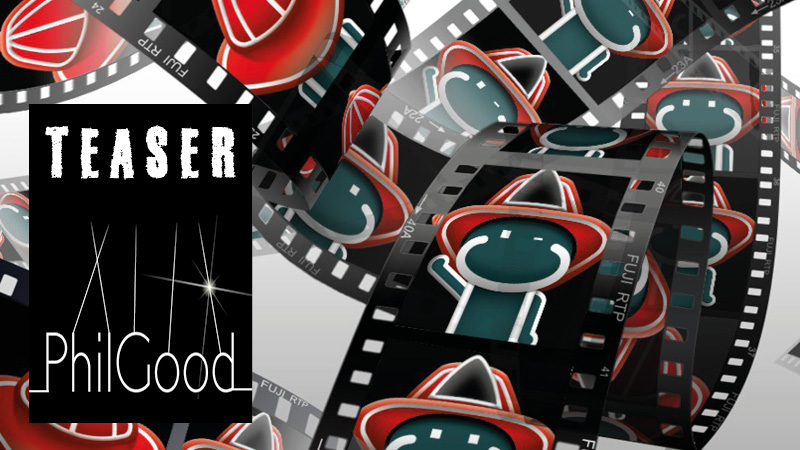 PhilGood’s Teaser selected for the competition and screening at GIC!

PhilGood’s Teaser selected for the competition and screening at GIC!

The competition for the best Teaser in Poznan.

I am very happy to announce that PhilGood’s Teaser is selected for the competition and screening at the Game Industry Conference in Poznan, Poland.

The screening and gala evening on 17/10 opens the Game Industry Conference and Game Arena in Poznan (one of the largest gaming fairs in Europe).

View or review the teaser in HD: Teaser HD

I am pleased to announce that the PhilGood page is now available on Steam!

The game will be available in free version 0.1.2 and early access from August 5 on Steam.
But you can already test this version it by downloading it from
philgoodgame.com
or on
PhilGood BETA 0.1.2

If you would like to support PhilGood in additional ways, tell your friends, tell your favorite youtubers and post about it on social media. Every bit of support pushes the game.

Finally, I would like to thank all those who are and will be with me on this journey to make PhilGood an amazing game!

Have fun with PhilGood !

update 0.1.2 and improvement:
1. More tutorial text in age 1-1/4.
2. Water leakage puzzle: explanatory diagram in the first 2 and simpler resolution.
3. Puzzle Lumen: more clarity. The boxes are colored when the 4 symbols are correct.
4. Extended and variable philGood jump according to its speed.
5. He can also fall from higher ground without dying.
6. the “C” is replaced by “Shift” to run.

← PhilGood is born ! PhilGood's Teaser selected for the competition and screening at GIC! → 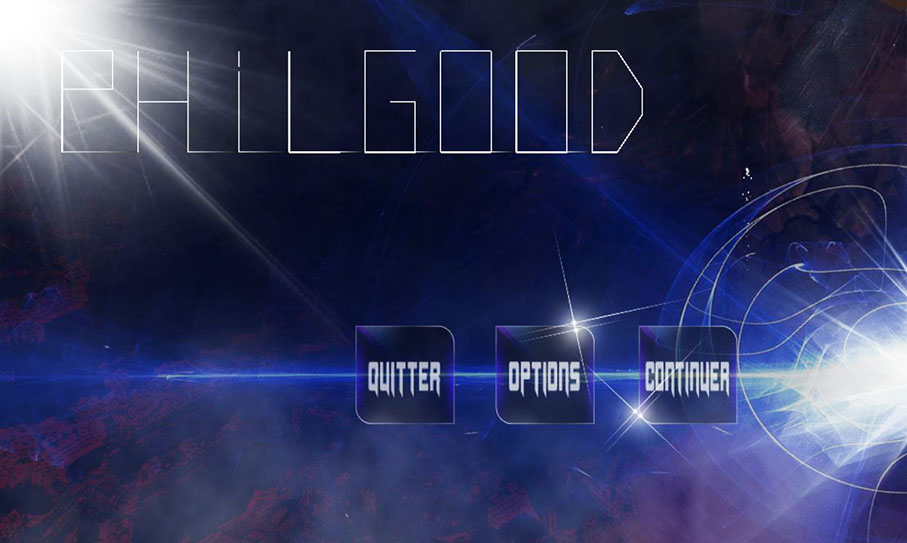 I Published my First Indie Game Demo After 660 Days of Development.

Hi everyone! I am so happy to announce that PHILGOOD is now available for free in BETA version for everyone to download.

I’ve been nursing this project since 660 days now with the help of my son David, and while we still have a long road ahead of us, we’re happy to finally see this version out, and we hope you’ll like it.

Today, it’s also the beginning of the devblog, an important step for the project.
Here, I’ll talk about the process of reflexion behind the creation of the game, the content of the BETA version and its goals.

Two years ago, I lost my job and had a lot of free time. I then decided to create a video game.

I never thought I’ll go this far. Programming is not my forte but luckily my son David helped me a lot despite his studies.

Three months earlier, I bought the latest update of GameMaker Studio 2. This version brought a lot of changes compared with the previous one.

Everything is homemade including,
for me : the script, game design, graphics, puzzles, music and sound effects, websites, communication, a little programming and drinking a little too much coffee.
And for David : the many lines of code.

It is all of the beginning of the game with all its functions intended to a big test.

This version contains also :
• a few ennemies (little wreckers, killer sparkles, assault vultures),
• 3 leaks’s puzzles,
• 2 “Lumen”’s puzzles (harder),
• 3 fires to put out,
• several symbols to find,
• different messages and an encrypted one (impossible to resolve for the moment)
• and an ancient stone (?) to find.

And cherry on the cake, your first infinity bar on an average of 18 bars for the entire game …

The script covers 6 empires (6 ages of mankind) that you’ll discover in the “Council Chamber” when age 1-1/4 will be finished.
18 infinity bars, new puzzles, even harder than the previous ones, and new gameplays.

So, you understand we are in the beginning of a new adventure. Therefore, your support is essential as well as your entertainment.

——————- CLICK HERE TO GIVE US YOUR FEEDBACK  and help us improve the game even further.

Philgood is prisoner of the “line” that seems infinite. And you’ll discover that he lost his wife and daughter.
An unknown entity offered him to get free it if Philgood could help him find the bars of infinity scattered throughout the empires.
Philgood is a firefighter and is therefore able to put out fires thanks to the water in the line.
But others don’t want you to get these bars back and they sabotage the course.

There are also many messages with personal graphics that determine the source of these messages.

For purists (or even historians) you must be very attentive to the slightest metaphor, the slightest detail, the slightest event and the slightest allusion that explain the parallel between the writings and thoughts of a philosopher from ancient Greece and mythology with our contemporary world. But I’ve already said too much already.

…or maybe not enough…!

But let’s not forget the fun of jumping, running, throwing, harvesting, pushing, pulling, fighting, exchanging and of course winning.
Whether it is life bars, water or knowledge.